This double mount was used to put two yagis on a single mast exploiting the PVRC double mount, which allows the antennas to be built on the tower by one person.

The normal offset boom is used, but it is populated with two yagis' on either end, leaving it balanced while assembling the yagis'.

The yagi on the right side is fully assembled. The left yagi will be rotated horizontal with elements vertical. Then the right yagi is pulled off the offset and placed on the permanent mast, which is then raised for placement of the second yagi. 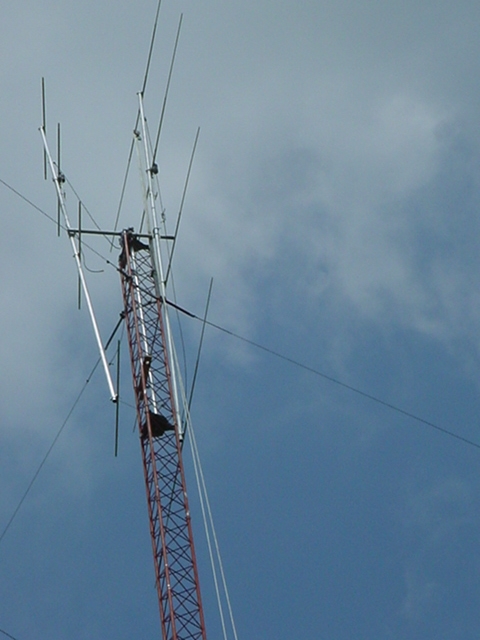